Yesterday the Bedfordshire Rail Access Network team met with Network Rail, GTR, Richard Fuller MP, CBC and Town Councillors to discuss the latest progress re the Biggleswade Transport Hub. Today we carried out a site visit at the station with the the Officers from Central Bedfordshire Council.

Although we have formally objected to the current design, we fully support the principle of an integrated and accessible transport hub, with seamless connections between different transport modes, to enable everyone to be able to travel independently and to reduce our reliance on the car.

The not so good news

Our team spent an hour at the transport hub site today discussing a number of issues with Central Bedfordshire Council officials – the Case Officer for the planning application, as well as a Highways Officer.

I spoke to Richard Fuller MP this morning about the hub and also bumped into the Mayor of Biggleswade. just prior to our site visit. I will continue to liaise with them both to press for improvements to the current scheme, as they are also very keen to get the best scheme for Biggleswade. We will also be keeping in touch with Central Bedfordshire Council regarding potential amendments to the current plans. We will have the opportunity to speak at the planning meeting (three minutes total!) although we want the remaining issues sorted by then, as when it gets to planning meeting stage everything is pretty much done and dusted.

If you are a current bus user, or would be a potential user of the bus interchange, we would welcome your views. Do get in touch with us at bedsrailaccessnetwork@gmail.com

You can take a look at the current plans in full here: Central Bedfordshire Council Planning Pages

Further updates to come as we get them. 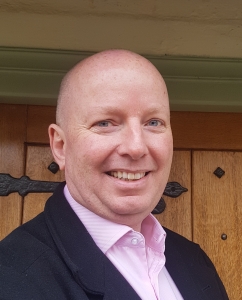